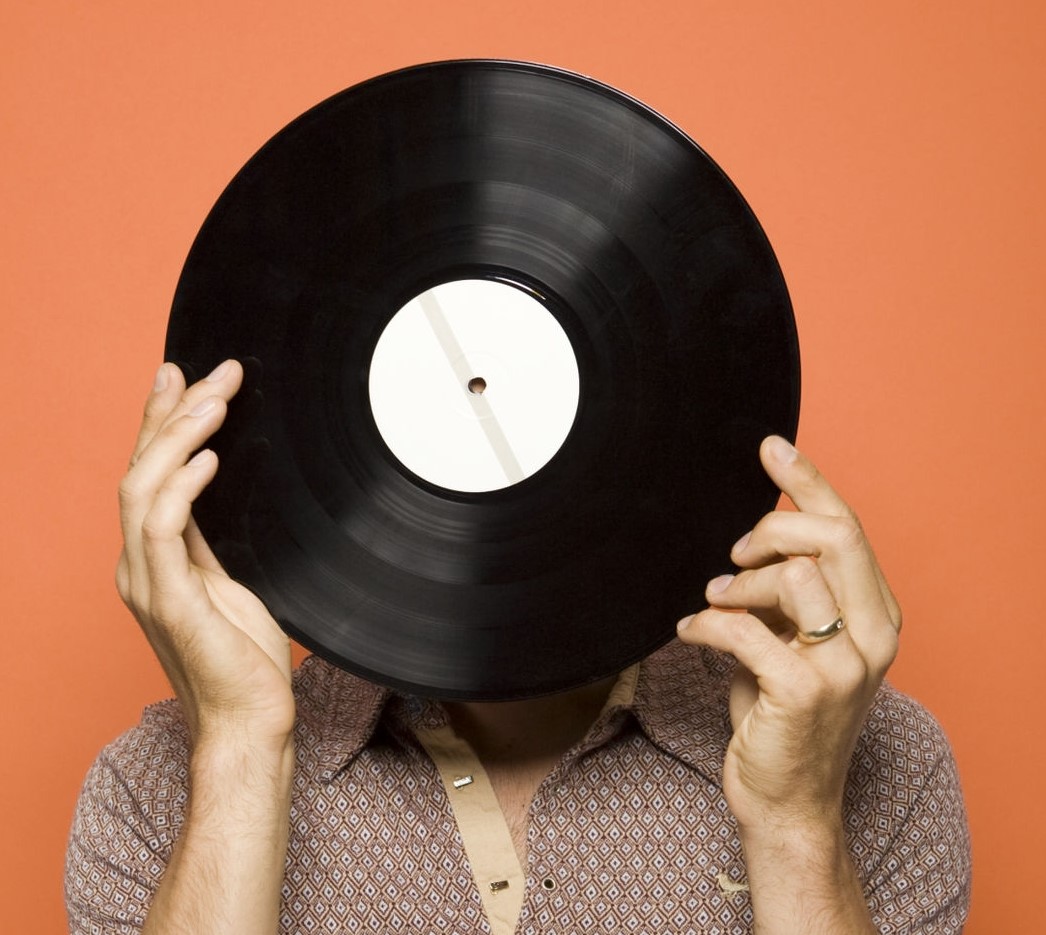 Sonya Barker
President | Board of Directors

Sonya is a founding board member of Creative Okanagan and is no stranger to live music, her Mom was a music teacher and at one point Sonya played over 10 different instruments. Sonya busked at farmers markets and community events throughout her teens and placed well in some early music competitions.

Sonya has a rich history working in the special events and festivals industry. A graduate of Vancouver Island University with a Degree in Tourism Management, Sonya moved to Kelowna in 2006 and worked for Festivals Kelowna for several years. Sonya was involved in planning and coordinating events such as Parks Alive!, Celebrate Canada Day, the 2008 BC Summer Games, the 2010 Olympic Torch Relay Celebration in Kelowna, and Global Music Festival. For Eight years Sonya was the Community Relations Coordinator for Interior Savings Credit Union. In this role, Sonya looked after community engagement and investment on behalf of the credit union for 14 communities in the Thompson Okanagan region supporting numerous festivals, fundraisers and community events.

Sonya was a key stakeholder in BreakOut West, which Kelowna hosted in 2010 and 2018. BreakOut West includes a music industry conference, a three-night showcase festival and awards show.  In 2010 Sonya was on the Host Planning Committee and was also the Volunteer Coordinator. When BreakOut returned to Kelowna in 2018, Sonya was the Host Planning Committee Vice-Chair and Sponsorship Coordinator. These days Sonya is self employed by her business, Shine On Project Management, providing marketing consultation and project management services.

Leesa has worked in large-scale events & marketing for 20 years, contributing to well-known brands such as IKEA and Tim Hortons. She was the Director of Marketing for a 200+store Shopping Center and worked in radio and TV for Standard Radio and A-Channel. She was nominated for an Edmonton Smart City Award and two Retail Council of Canada Awards in ’03 and played a key part in the launch of Magic 99 Radio Edmonton in ’05. Shortly after she moved to the Cayman Islands to assist in the re-launch the island’s largest entertainment facility after Hurricane Ivan.

In 07′ she relocated to Kelowna where she has provided her skills to Ballet Kelowna, Diner en Blanc Okanagan, the BC Interior Music Awards, the 2010 Western Canadian Music Awards and held a long term position on the Board of Directors for the Okanagan Valley Entrepreneurs Society.

Nationally she’s worked as Associate Producer/Script Writer for the Canadian Aboriginal Music Awards (’09 to ’11) and is well known and respected for her 12 years with the Canadian Country Music Awards as Event Producer of the Industry Awards Show, Gala Dinner Awards Show, Fanfest and the pre telecast Red Carpet.

A travel enthusiast at heart, Leesa was a Flight Attendant for 14 years while balancing her creative / music industry roles and now owns an emerging ecommerce travel business.

For over 18 years Kat has grown deep roots in the arts, music and media culture of British Columbia. As a 2006 Digital Film graduate of Ai – Art Institute of Vancouver Burnaby she has put her diploma to good use; having worked on numerous TV series, commercials, and full-length films.However, the pull of the Okanagan lifestyle was too much to ignore and in 2009 she left the city for a new home in radio as the Promotions Director for K96-3 Kelowna’s Classic Rock and New Country 100.7, where she worked for over a decade.

She has created community ties that run deep; working hand in hand with companies and leaders in the community on countless events, concerts, fundraisers, and festivals that took place all over the Okanagan Valley. But of all her community work, she is especially proud of the work she has done to help raise awareness for many local charities, non-for-profit groups and their events.

Currently, Kat is the Marketing Director for the Canada’s renowned Sparkling Hills Resort and Spa. She joined Creative Okanagan as Treasurer, in early 2016 and has sat in a few roles within the Board. Kat looks forward to the challenge and opportunity within her role to help grow Creative Okanagan, as we continue to help facilitate talent and artist development, ensuring live music & live performance continues to thrive in the Valley.

Paul Brain
Member at Large | Board of Directors


Paul is the Regional Creative Director for Bell Media.  He manages and guides a talented team of radio advertising writers and producers who service 21 radio stations and thousands of advertisers across BC’s Interior.

His love of music, live performance and creativity was the impetus of what got Paul into his career.  He has been a part of the music scene in some way since his first job at a music store when he was just 14 years old in Ontario. Moving from instrument sales and service, to live sound, to DJing, and finally to his current career. Finally settling into Kelowna a decade ago to take on his current role.

A 20-year broadcast and advertising professional Paul has worked in almost every aspect of the Radio industry, from stunt kid, to street team, announcer, producer, and copywriter.

Karma has been Creative Okanagan’s Executive & Creative Director since January 2016. In 2020 and 2021, she also led the development of the Central Okanagan Music Strategy as a member of the project’s Leadership Ensemble. She balanced this with her role as Theatre Programming Coordinator with the Rotary Centre for the Arts which she has held since September 2019.

Karma has been a mentor to many in the arts community, providing guidance to artists to advance their careers and non-profit organizations to identify and successfully apply for grants to help strengthen their organizations. Karma was awarded the 2020 Honour in the Arts Award by the City of Kelowna for outstanding contribution through cultural and/or artistic efforts.

Skilled in communications, event production and management, she holds a Bachelor of Arts Degree from Simon Fraser University and further studies in Therapeutic Recreation through Lethbridge College. She is also a cellist and values spending time with her family and friends.

Jessie Rivest is a vocalist & composer as well as a marketing & administration professional. She spent her early years in Woodstock, Ontario, then studied in Toronto, where she earned her Bachelor of Music from York University and Arts Management Certificate from Humber College.

Her musical career has taken her around the world through many avenues. Singing in choirs and quartets has earned her a Gold medal in the Choral Olympics in 2004 and a Bronze medal in the Barbershop in Germany World Competition in 2018. She creates choral art extrapolated from decades of singing a cappella music in classical, contemporary, experimental, and barbershop styles. Her pieces have been performed by Pro Coro Canada (Edmonton, 2021), The Choral Arts Initiative (Newport Beach, CA in 2019) and Maureen Batt (Crossing Borders Tour in Colombia, 2019).

In 2019 she made the move to Kelowna and started as the Listings & Marketing Coordinator with Vantage West Realty. Her passion to be connected to the arts led her to join the Creative Okanagan team as Projects & Operations Assistant in 2021, assisting with events, social media, and artist management. You can find out more about Jessie here: https://www.jessierivest.com/

Craig Siemens
Member at Large | Board of Directors

It wasn’t just the climate and beautiful scenery that brought Craig to Kelowna in 2017. The deciding factor was the community and culture that Kelowna provided. “We wanted a place big enough to give you choices in live music, theatre and the arts but small enough you can still get to know your neighbours”.

Recently retired, and an avid fan of live music, Craig became involved in Kelowna’s music scene when he organized a Kelowna Music Showcase in 2018 and developed an online public survey on live music in Kelowna. He then joined the board of the Kelowna Arts Council as their secretary and music coordinator, booking over 50 performances. In 2019 and 2020 Craig co-hosted four Music Industry Hangouts, focusing on information sharing and networking; including two in support of the Kelowna Cultural Planning process. For the last two years, Craig has chaired the committee that created the Central Okanagan Music Strategy to advance the sustainability of local music industry.

If culture brings life to a community, then music is the heartbeat. Craig plans to use his energy and skillsets to continue helping support live music in our community.

Board of Directors History